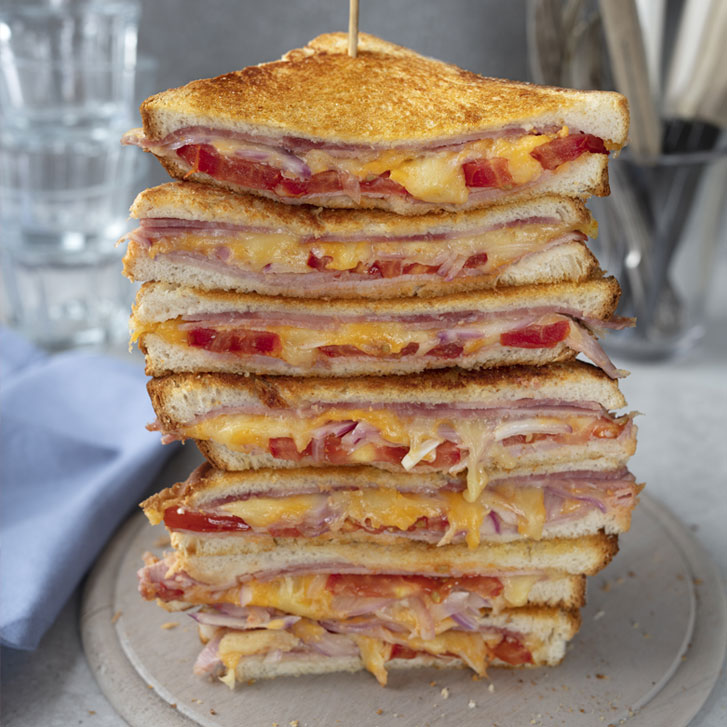 Make one giant toastie in a sheet pan! A layer of overlapping bread slices is topped with ham, cheese, tomato and red onion. Add a final layer of bread, then top with a weighted sheet tray. Bake in the oven until crisp and slice into giant sandwiches. 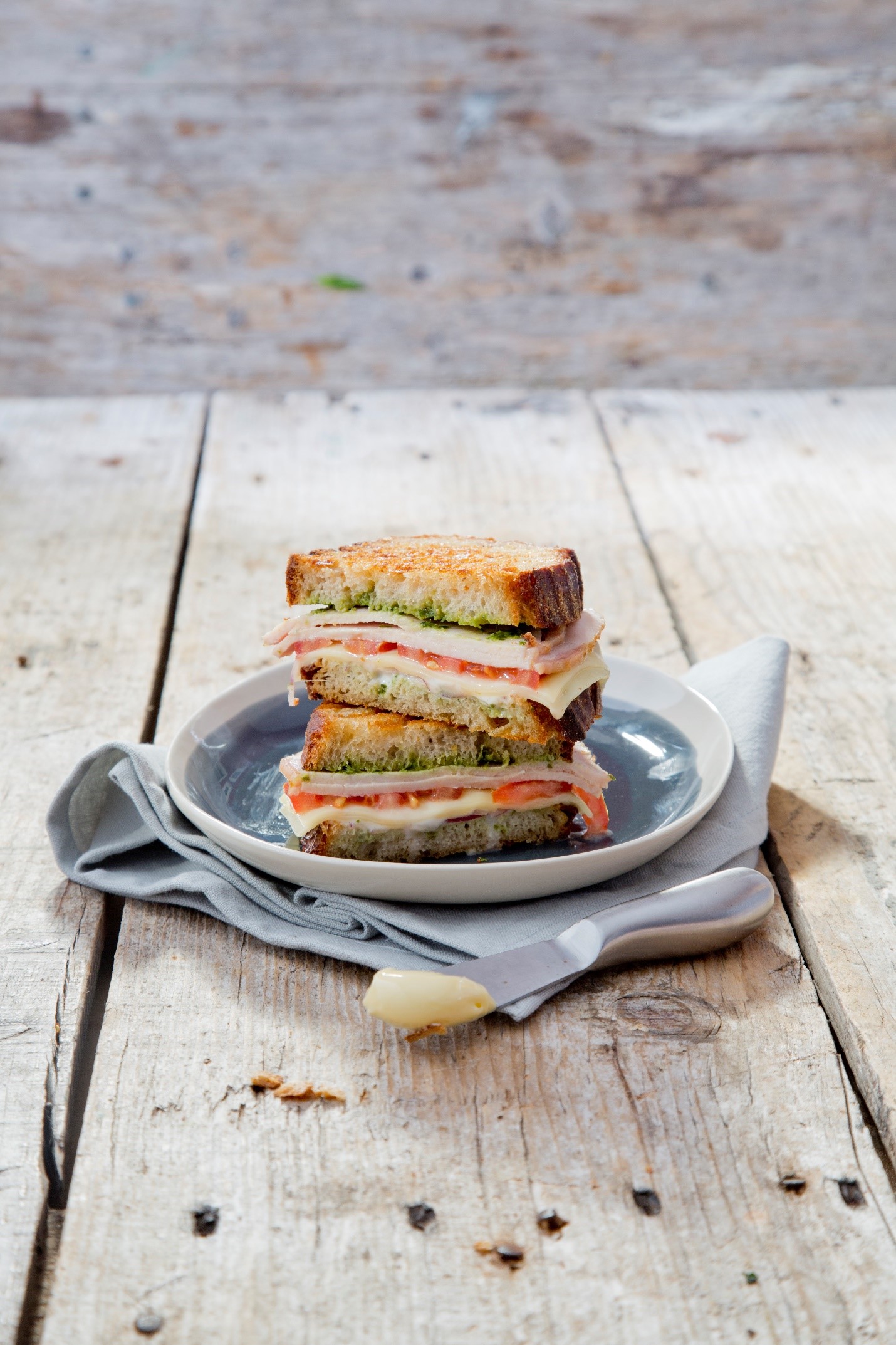